Featured on Gavin Arts' Kimberleigh and Paul Gavin's Official 2016 EAA AirVenture Oshkosh T-shirt the Martin Mars Water Bomber dropped 7500 lbs of water on the AirVenture Runway. Beautiful and Impressive.    Then that evening we took a boat ride on Lake Winnebago up to the EAA Seaplane Base and the Martin Mars was gracefully floating on the water in the setting sun.  Again, beautiful and impressive.  The Gavin's Official 2016 EAA AirVenture T-shirt is available at the EAA Web site and at the AirVenture Grounds now through July 31st unless they sell out!  Hurry and get yours.  The Gavins will be signing the shirts at the EAA Wearhouse Merchandise Store  12:15-1:15 on Wednseday, the EAA Sky Shoppe on Thursday at 10:45-11:45 AM and the AirVenture Tent Friday
at 2:00 PM. 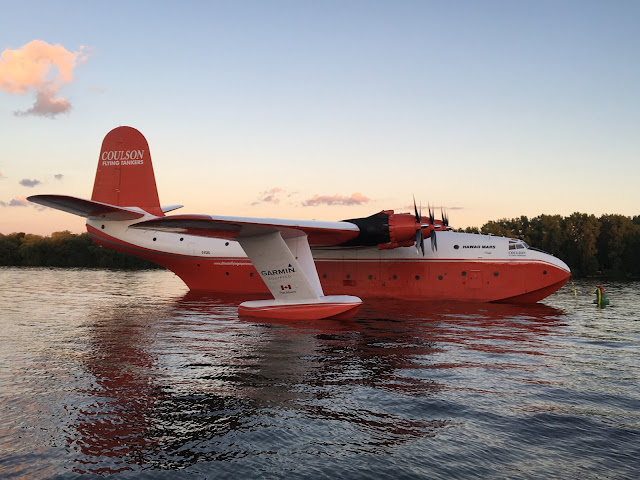 See more of the Gavin’s work on their web site at www.gavinarts.com
Posted by Unknown at 12:08 PM No comments: